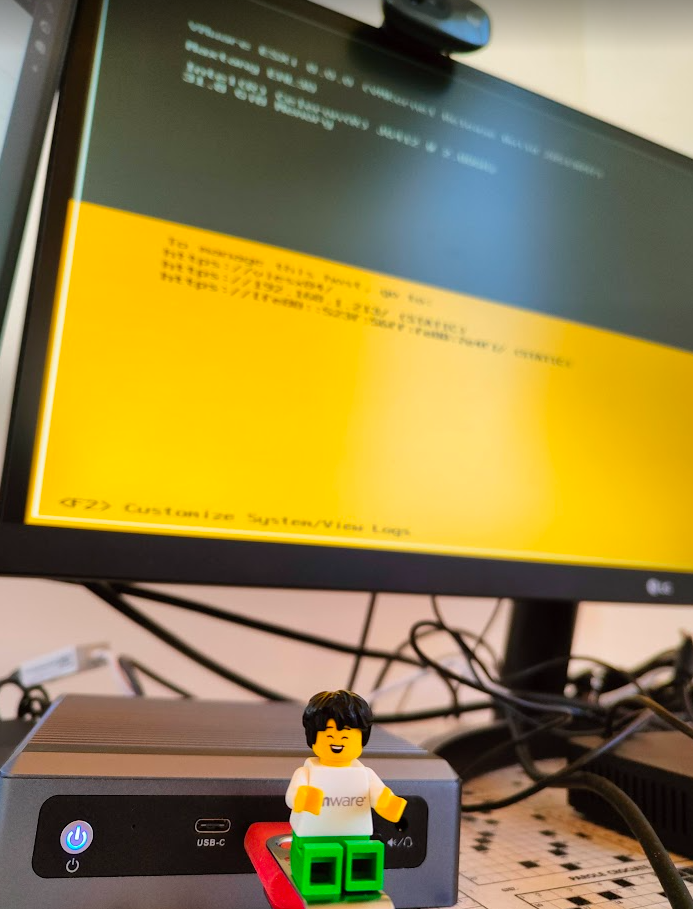 Until a few weeks, my Home Lab was composed of two physical ESXi nodes (respectively an INTEL NUC NUC8i3BEH and an HP Desktop HP ProDesk 600 G2 DM), with 32 GB of RAM each and 5 TB of total disk.

For my testing activities, especially in VDI (Horizon) and some vSAN (implemented a 2-node cluster to test the operation of Shared Disks for Microsoft clusters) could be enough.

But the desire to test vSphere 8 (vSAN etc …) and the possibility of trying the Kubernetes world was pushing me to evaluate an expansion of my Home LAB ……….

………. And thanks to COHESITY and the vEXPERT community at VMware EXPLORER in Barcelona I was able to have my expansion…. a beautiful Maxtang NX6412 NX6412-Maxtang-A premier manufacturer (maxtangpc.com)

here’s how I activated the new HW:

At this point I encountered the first problem, the two network cards are not compatible… I had to use a USB dongle -> Ethernet and I managed to start everything (Thanks also to the community drivers USB Network Native Driver for ESXi | VMware Flings

So THANK YOU vEXPERT, VMware and COHESITY

I need to find on AppVolume DB the association from User and Application.

I took a look at my APPvolume test DB and I think it looks like this:

I give a practical example my user “Piccoli Brividi” has 3 applications associated so:

at this point we translate the application, “Piccoli Brividi” has the apps_Assignment_id 9,15 and 16

and I correspond to what I see from GUI.